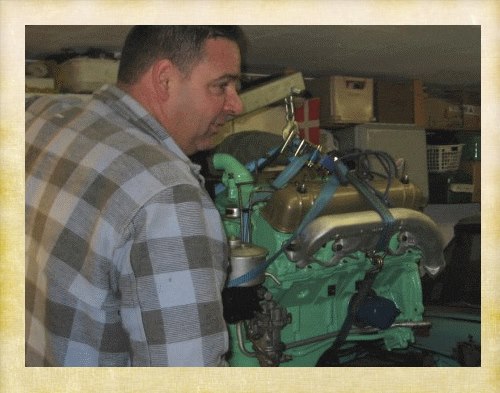 First of all: I tried to translate this story from Dutch to English. Please have some understanding if there are any errors in translation.

4 Januari 2007
With the help from our friends, the car is now finally working great. LINCOLN RESCUE DAY: Richard, Ed, Fred, Marc & Marcel came to the rescue.
Start: 8:00 - End 18:00 Result: Running like clockwork. They made it happen! 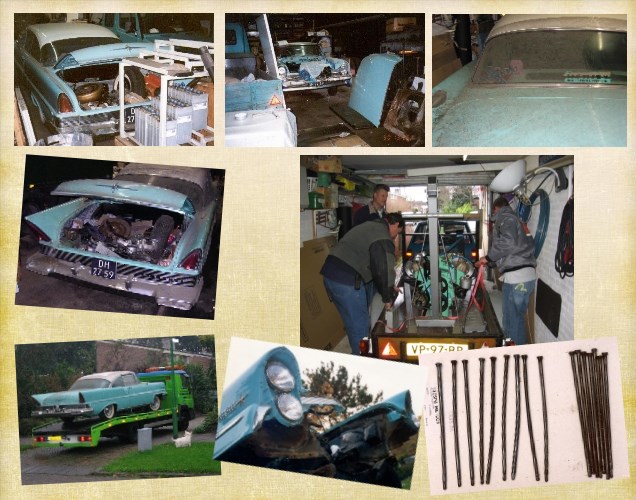 1999/2000
How did it all started? We brought the engine for rebuilding at the first of november 1999 to Spaarnestad Engine Rebuilding Center at Haarlem, Holland. Along with the Shop Manual, Parts Manual and also the adress of Egge parts(USA). Carl Scholtemeijer promissed to have the engine done at the end of februari 2000.

Januari 8: Ron went there to see how things were going. The mecanics showed him wat the trouble was with the engine. Carl couldn’t find the necessary parts with the companies he works with. Ron asked him where the books and adress were, he dropped off. After these were found in another stack of books, parts could be ordered. Later we learned that Carl ordered the parts at 28th of Februari.

May 21 - They say they have problems with the parts; they don’t fit. June - after many phonecalls Ron was asked to bring the oil filter assembly in order to test for the oilpressure.

So when the engine came back, hard work with our friends Fred, Ed, Richard & Marc a.k.a. Cuban Car Repairs was done, to rebuild the car again. It was july. They encountered the first problem; the engine wouldn’t rotate. So they checked the battery and the starter. Those were fine, but still the engine wouldn’t rotate. Next check revealled that there came no oil at the hydraulic lifters. Which should have been adjusted at the Rebuilding Center. The result were crooked push rods.

After a call Ron ordered new push rods at the expance of Spaarnestad. When those arrived, they finished the assembly and went of for a testdrive. At the 31th of August Ron went for a ride... when after 17 miles a lot of rattlin’ came from under the hood. A broken rocker was the problem. Back on a car transporter. Ohhhhhhh Boy.

October 19; The new rocker finally arrived and Cuban Car Repairs came to the rescue. Everything looked fine and there’s oil where there should be oil, as far as they could see.
December; after a night at the Cruise Inn, Amsterdam we drove back home when there was trouble again. This time a valve jammed and again crooked push rods. At the Rebuilding Center they noticed a newly made valve guide was jammed. A mecanic made a new one. This one jammed. 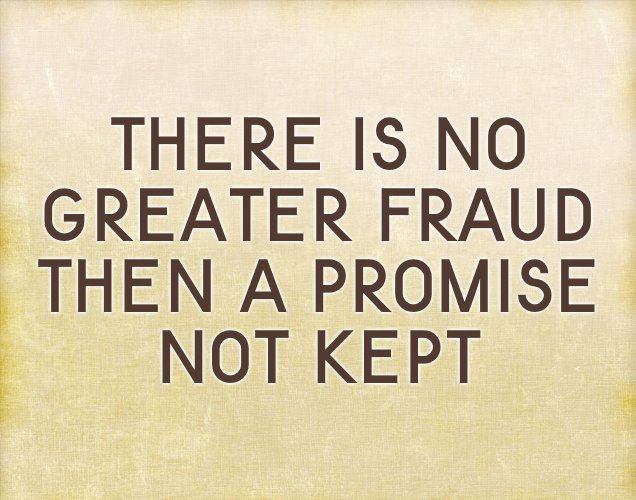 All talk but no work

2001
24 februari 2001 the new valve is put back by Marc (who is an airplane mecanic and used to work as a mecanic for an oldtimer reseller). The engine gets properly adjusted.
May: on a beautifull day, let’s go for a ride..... ratatatata.... rocker broken. Eueuh, Cuban Car Repair, we have a problem. The old rocker gets installed again and was made to fit exactly on the axle. The supports were levelled to prevent any torsion during assembly. 4th of May During the testdrive one of the rockers broke again, this time after only 8 miles. At that point in time the car went straight back to Spaarnestad Rebuilding Center. A promiss was made to start dismantle the following week to solve this problem.

June 8 Lets give them a call... just to find out that nothing was done the past 5 weeks. According to Carl the engine had no oil what so ever and he blamed us!?
Marc to the rescue ... he called Carl. Spaarnestad objected at first but eventually agreed to dismantle the engine to check the oil pump and if necessary, replace it. It’s July, after several calls we finally have made contact. Carl claims to dismantle the engine this afternoon. Because he found copperparticles in the oilpan. This indicates damaged camshaft bearings. He will call Ron next week. Yeah, right! Ron called him on the 30th of July. Carl claims to have no people or time and it’s too hot to work in the evenings. The engine is not been dismantled, just the hoses and radiator were removed. After some more telephone calls we got contact. It’s the 11th of August Carl tells that he actually is going to dismantle today. Could Ron call him back at the end of the day?. Tuut, tuuut.... nobody there.

August 14; after 20 min. of holding the line Carl tells that he has got the engine almost dismantled. Everything was assembled so tight..... Tomorrow he’ll try to get the last things done. August 20; Carl finally finished dismantling the engine at the 17th of august. When he removed the gearbox he noticed that the camshaft was eroded, caused by lack of oil. Maybe it’s the oilpump? In the pushrod chamber (between the cilinders) was no oil. There should have been oil there, according to Carl. And this week an engine damage expert wil check this and make a rapport. Actually this never happened.

17 September; After 3 weeks of complete silence, Ron picked up the phone to call again. Carl said he talked to the expert and is waiting for the final rapport. He promissed to call back the next day. So after another week Ron called him ... again no luck. Then Ron decides to pay a visit again.

Let’s make a note: October 23.
The car stood with windows and hoods open, covered with dust and dirt. At the lining of the backseats layed sheets of carton. On it were the dissambled greasy parts. Accompagnied by Carl he went looking for the engine. It was placed on a pallet against a storage rack. And other pallets were placed in front of it. So it’s safe to say; it was stored there for some time.

The damages at the camshaft got inspected. You could see markings at the camshaft bearings. That had to be filled or completely renewed. Carl asked Ron to call him at the end of the day to get informed about the experts opinion. That’s when Ron asked if Carl could make an effort to get things done as soon as possible. The answer he gets is ~We’re on it!!!~

At the end of november Ron checked back at the compagny. He decides to shoot some pictures of the situation how the body and engine were stored. With a mecanic he placed the hood on top of the car since it was standing on the painted corners on a concrete floor. The latest information he got regarded the compagny, which will repair de camshaft. They will get a new machine installed within the next two weeks. Then they’ll start with Ron’s camshaft first.

Ron agreed with Carl that it would take about 4 weeks to complete everything. At the end of januari 2002 the car finally will be assembled and ready to roll. 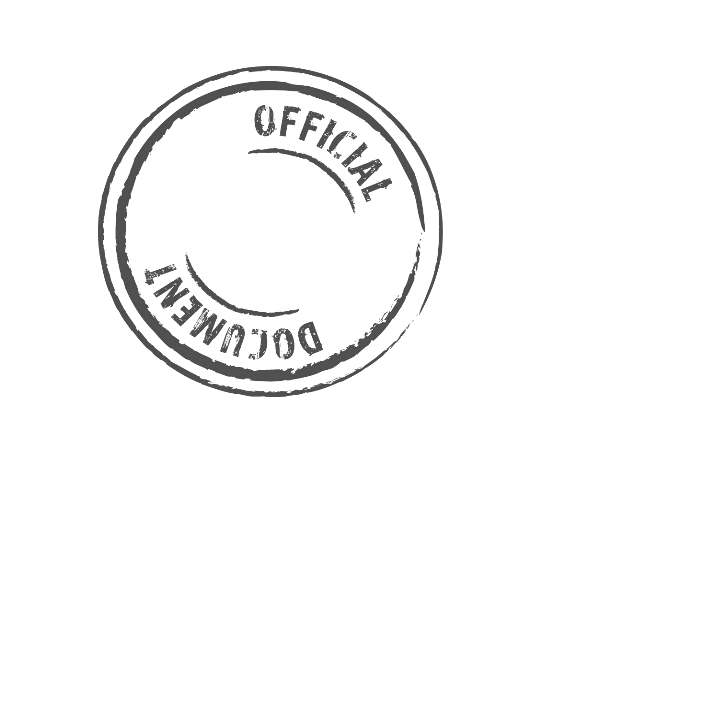 Get an official to look at this matter?

2002
Januari 2002; Carl informed Ron that he has send the camshaft to another compagny since it’s taking the mentioned compagny too long to get the job done. The bearings are ordered and he hoped to get the camshaft back next week. Then he can start on the engine. Next week Ron can call for an update of the status.

Februari, that Spaarnestad Rebuilding Center is so full of ..it. Ron called the ANWB/BOVAG (like AA of the UK) for help and to get advise. It’s an overall organisation, which helps in conflicts. They make legal bindings in these conflicts.

April; The representative mister Martens of BOVAG spoke with Carl Scholtemeyer. Carl stated that the damage of the engine was caused by error of the owners handling. By Ron himself. That’s why Mister Martens advised to get an experts opinion done. But Spaarnestad does not want to know anything about this, when Ron contacted him.

May 27; Mister Martens advised to ask the committee of dispute, regarding damage revision control to make a legal binding in this matter. It’s obvious there will be no clarifying who’s to blame in this matter. It’s a deadlocked case. November 6; During the hearing of this committee Carl Scholtemeyer admitted he also had questions about how things were handled within the Rebuilding Center. Like the delivery of the engine without testing for oil pressure. He also agreed that solving things took too long. The chairman stated that an technical engine expert should look into this matter. Mister Scholtemeyer did not wanted this, one and a half year ago, because of the expenses. The chairman stated that when the rapport is done there will be a new hearing.

November 12; Ron received a letter regarded the technical engine expert. It seemed the chairman could not take care of this. By this letter Spaarnestad or Ron were ordered to contract an expert themselves and give a status of operations to BOVAG before the 20th of november.
Ron wrote a letter to explain that Spaarnestad did not want to co-operate and what they advise him to do next. He never got a reply.

2003/2004
The legal binding on januari 2003: The company can not be held responsible since the committee can not see if the rebuilding is done improperly. Second the client waited too long to put in his claims and now the warranty period has past. The request to make Spaarnestad pay, to get the engine fixed is denied.

Duh??? So... we lost quite some money. Got a dismantled engine because of a company which made a mess of bussiness. And now we are talking about warranty periodes? How about keeping promissess made in a bargain? And this technical engine expert investigation, did Ron had to take care of this himself? To get some answers Ron called several times with a manager of BOVAG, eventually they agreed to get this technical engine expert investigation done afterall.

March; Technical engine expert agency Bergweg was hired to make an investigation. The rapport, signed on june 18 gives the following conclusion:
Because of missing but import parts for this investigation we are inable to give a technical statement about the cause of mallfunctioning of the engine. We do point out that Spaarnestad has been very untidy with storing the parts. Fact is because of the missing parts, there can not be a compleet analysis. To assemble the engine costs will be made to replace these parts such as the camshaft and cilinderhead. And the erosion of the crankshaft probably effect the repair possibilities. Estimated costs: €3000,00 tot €3500 ex tax.

Spaarnestad said they threw the parts out by mistake. Yeah right...

December; BOVAG decides to bear part of the expenses because of the conclusions made in this investigation; compensation of €1750,00 and transportation of the Lincoln. 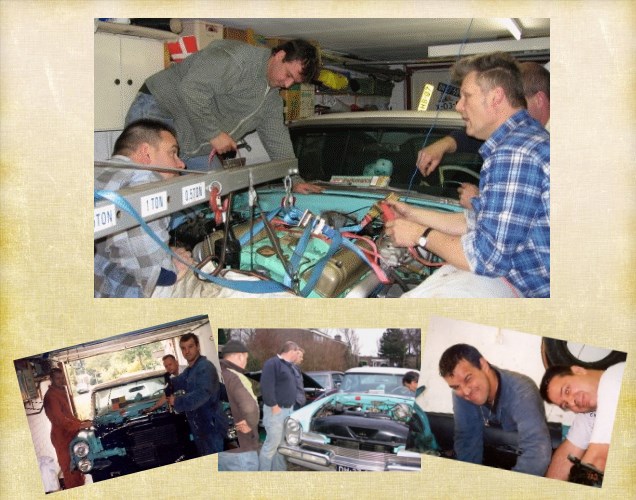 Cuban Crew to the rescue

2005Saturday Februari 5th; The car body is transported by Renato Fabris. The engine is in the garage of Cuban Car Repair. They started to get the rebuilding done since the engine was all in parts & pieces anyway. When they cleaned the entire engine with Sollvent (industrial de-grease solution) the dried out oil wurms came out of the oilcanals. Probably been there all the time and kept the oilcanals jammed. Ofcourse they missed lots of bolts, nuts and small parts. Some of that had to be ordered in America. But soon the engine will return; totally and utterly cubanised!

All spare parts that were missing couldn’t be ordered. So the Cuban Crew invented some solutions. Cubanise!. Parts which are part of an engine but are never replaced where gone. Like the steel filterholder or a sealcup of the camshaft and so on...

But Cuban Crew had a brainstorm session, Ed McGyvered the oilfilter holder with an adjustment so a new filter can be placed aswell! Oke Fred, a Chevyfilter on a Fordengine, that’s Cubanising!

Ron heard about a 1956 old engine for sale. This engine was made for the Lincoln model 1956 and 1957, so parts were the same. Ron and Ed armed with tools, head up to Bovenkarspel for parts transplantation. Luckely they got almost every missing part.