The 70s, after or as a result of the death of Elvis Presley (16-08-1977), many were interested again in the fifties music. The rock ‘n’ roll or rockabilly revival was a fact. Well-known artists like The Stray Cats, Crazy Cavan & The Rhythm Rockers, Matchbox, Robert Gordon and Shakin’ Stevens were populair during that period. Some still are very populair in the ‘scene’. In pop music bands like Matchbox, Mud, The Rubettes, The Darts and Long Tall Ernie & The Shakers were clearly influenced by this music. The revival of rock & roll, rockabilly music because most liked to hear uncomplicated and spontaneous music (which also explaines the simultaneous rise of punk).

In the rock & roll scene more and more new and often young bands made their preformances. One band pursued the authenticity of the original music. The other mixed contemporary influences through the songs to create a firmer sound.
My favorites from this era are Restless, The Guanabatz (the psychobilly from the 80’s) and The Stray Cats, in that order. Later I definitely added The Go Getters, The Delta Bombers, Red Hot & Blue and El Rio Trio to the list. But there is so much more! Here is just a small selection ... 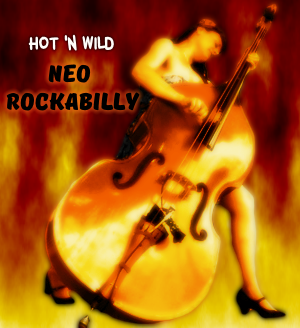