Punk and rockabilly, sometimes with metal/hard rock influences are the ingredients for psychobilly. One of the first bands with this style is the English band; The Meteors, which have been active since the early eighties. Shortly after, bands such as The Sharks(UK) and Batmobile(NL) followed. Batmobile is considered one of the most successful bands. The songs are a-political and tell about sex, horror, violence and other taboos, all of this with relativating humour. I prefer the oldskool psychobilly, nowadays called rockabilly by the present psycho-fans. But who cares, it rocks! 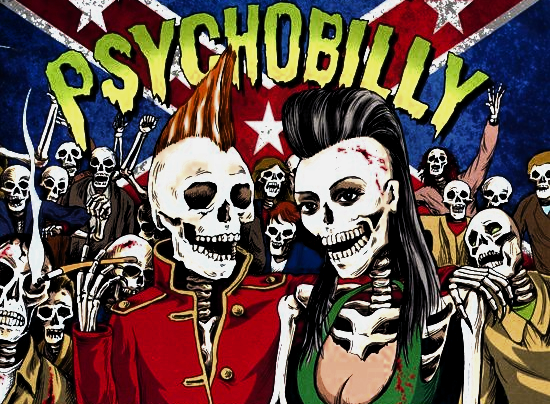