Cats Inn
My dad liked to create multiple objects out of wood. When he asked me if I had any idea for a new project, I thought an outside shelter for our cats would be ideal. My Dad created this cartoon-like house, my mother painted it. I really like the style and the cats like it very much. And with a coconut mat on the roof, the cats can sharpen the nails. (see photo at the top)

Tedje came from the animalshelter in Haarlem. That is why we don’t know what age she became. She was a sweet little kitty with a majestic voice. Many times she scared Ron in the early morning, when he was preparing his breakfast, she quietly sat behind him and then informed if there was anybit of goodness coming her way; MRRRRAUAUAUW, like a true lioness!
In retrospective we think she was much older than we thought. Epilepsy and kidney failure occured in her last year.

Bob & Gretel (Grietje) came to our home when 8 weeks old. Two little playfull rascals. Bob was a true prankster. He once came running towards me with a feather duster in his mouth, he wanted to play. Or when I walked down the stairs he, and he was on the open second stairs, he gave you a quick blow on your head, garanteed shock momenty! And he was a big cuddly one too. He could sabble for hours on any sweater of mine. Sadly because of an acute pancreas inflammation he died at the age of almost 5.

Kitty Gretel did not accept any other cat in her garden, it got kicked out! But like Bob, she also liked to cuddle up in my sweater and play a little with her humans.
In the winter of 1997 a black cat appeared frequently and later concsistently around our backdoor entry. It was a timid sweet stray cat. Inquires if anyone missed a cat had no results, so allright, come on in. He already was accepted by Bob & Gretel, so then there were three. Blacky got killed by car on the street in front of our house.

Gretel got spice, could be somewhat annoying now and then, but when Bob was gone, she sure missed him. Loudly meowing, searching the entire house, it was sad. So we got another kitten from another shelter; Molly. 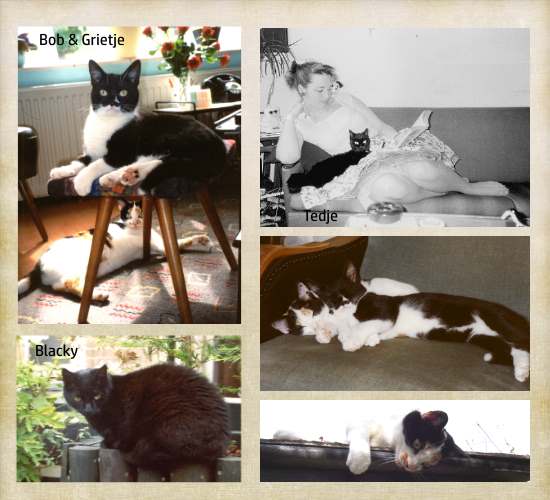 In 2000 Molly was born on a campground in our area and ended up in the shelter. She is a very special cat, since she is the most social cat towards cat I have ever had. But by missing the first weeks of socializing towards humans and being caught by humans, she will never fully trust them. And she will always be frightened by their presence and their hands.

By keeping her confided in a small room for 2 months and keeping her company twice a day while speeking softly, she slowly got socialized to our home. Gretel and Molly learned each other scent, which came from under the door, so after the 2 months, they got along really quickly. However Gretel did always made it quite clear that she had the oldest rights to everything, they got along just fine.

Molly learned she could trust us, and turned out to be a very sweet, kind and cuddly cat. But if we got visitors in the house, she rushes away, or hides into safty. 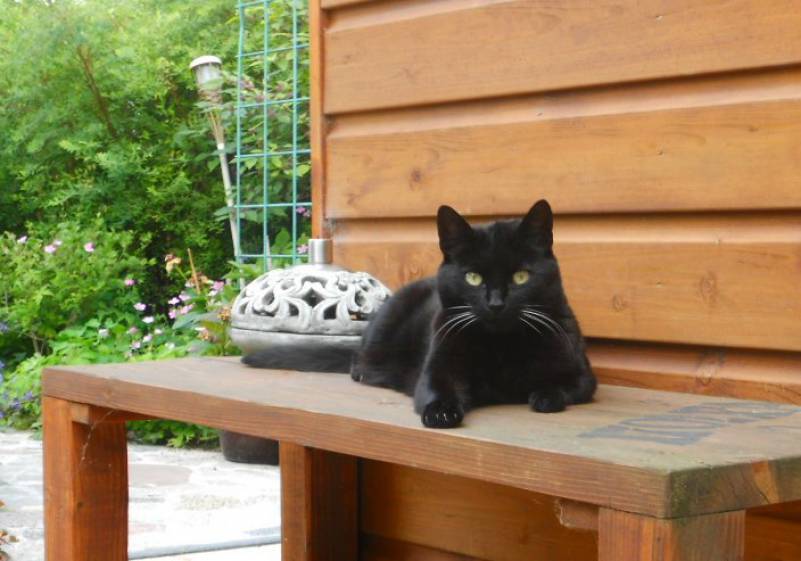 Ron’s mother got terminal ill in 2002, and her cats were livng alone for several weeks. They got a little desocialized, so we decided to adopt these two, 11 year old brothers. And we locked them up for 1 month in a seperate room, got attention and care every day, this worked fine again. Pooki, a real cool cat and a true clownesk cat, called Pipo. They got along with the ladies real quick. However Gretel did not like too much attention. Pooki got totally surprised by Molly. With his 11 years he got steady with this 2 year old! Anytime Molly got her chance, she curled up against him. He was hers! 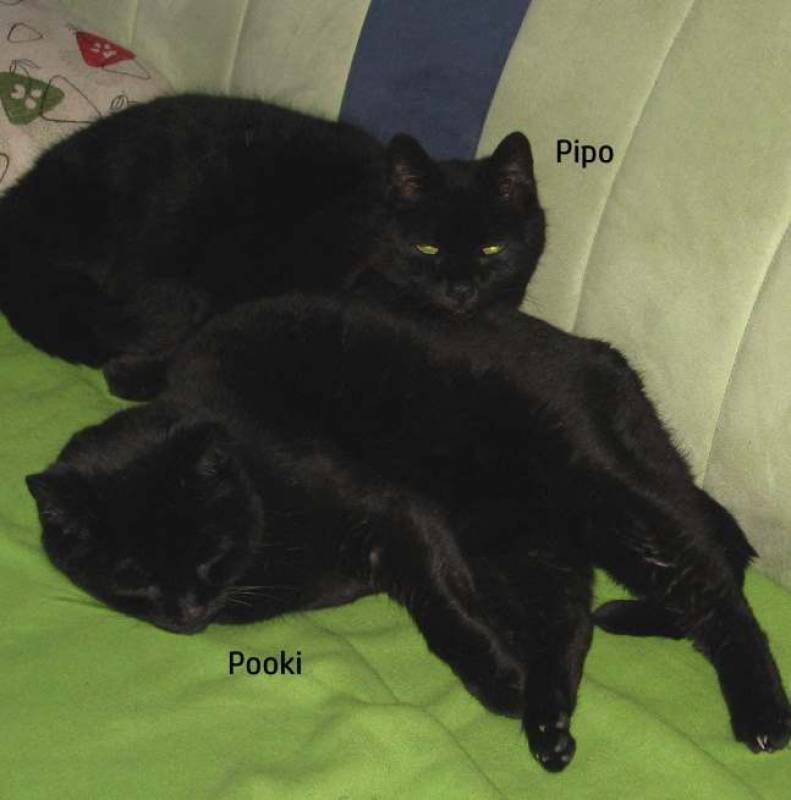 Crazy bout each other 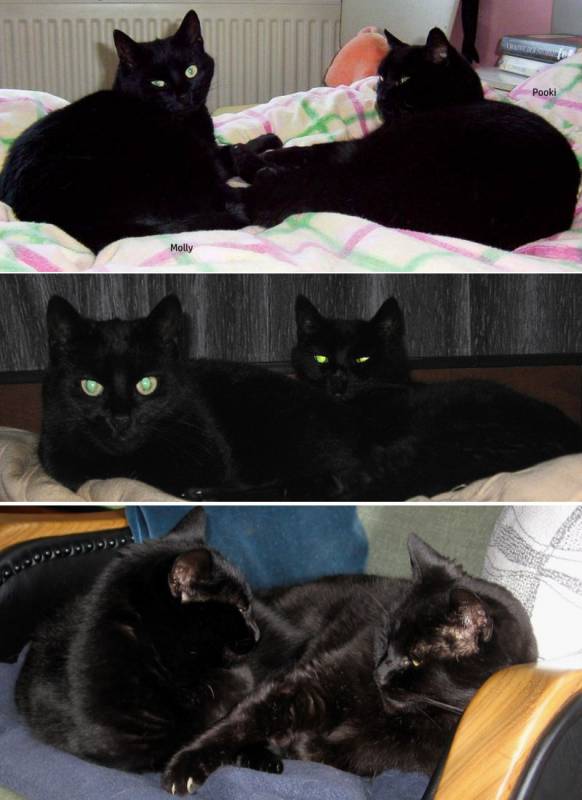 In 2003 Gretel developed a malignant tumor under her tongue. For a while we could help her, but at the end, she couln’t wash herself, eating became a problem, so with filled heartache, we had to put her down. 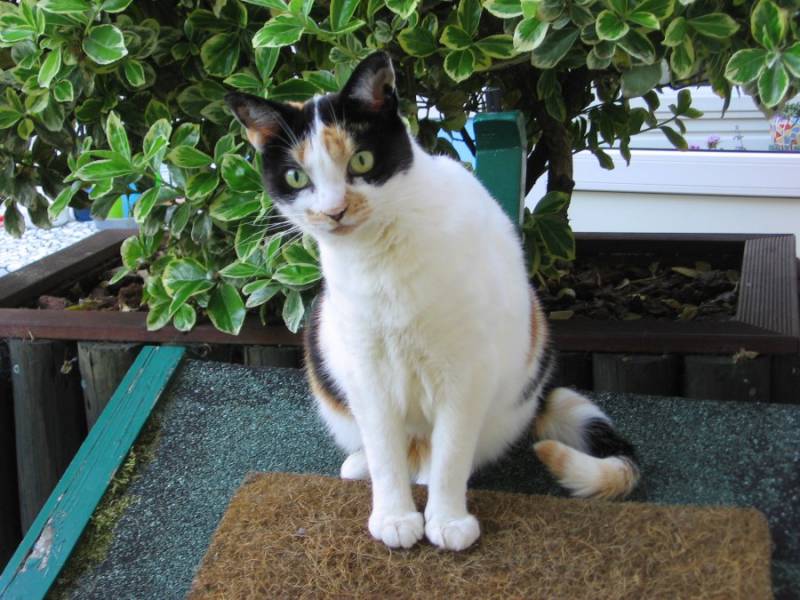 After Gretel was gone, Molly started to roam around the house and was yelling. We wanted to wait to see if this would pass, but we know she is a social cat, we decied to go for another cat. When we mentioned this at the vet, they presented us Keesje. When she came out the bench, she bounced around the room, jumped against me, licked my hand and dropped her body against me. Ow, dear... Sweet, very busy en very present. Not the ideal match for Molly, but allright.

Keesje is a bit of a problem. Nevrous, which leads to scratching extremely, till the skin is open. Imsecure, afraid to be left alone which results in peeing in the wrong places. ALways wants to be near, or at us. Extremely sensitive stomach, vomitting easily. As long as we give her neutral natural food it is kind of stabe. But she steals Molly’s food, which is more nutriciant and with stuff which her delicate stomach can’t hanlde. Molly needs it since she is getting old and needs to maintain a good weight. Keesje, yeah a complete different story. Above all this, now she is showing more and more dominance towards Molly. But she really is a sweet cat... 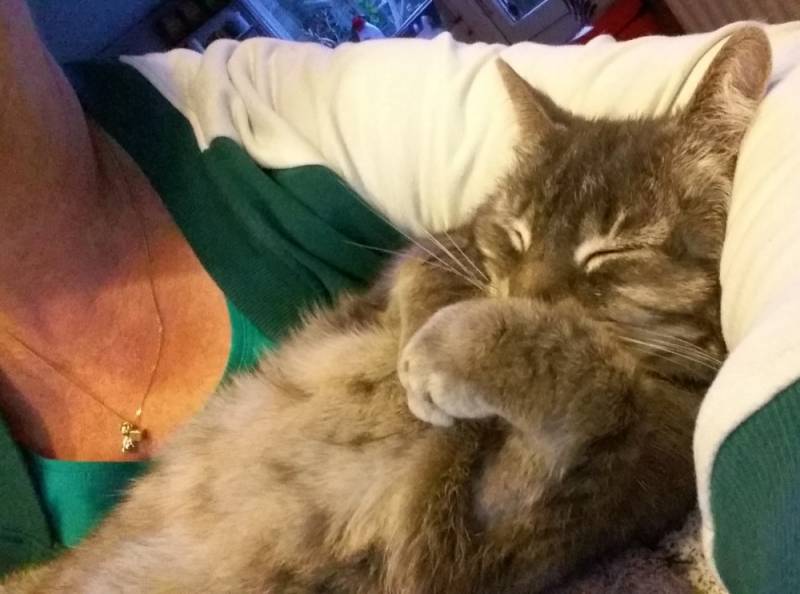 Dear old Molly, after a period of kidney problems she passed away in september 2019. Sweetest cat ever. 19 years is a respectable age. For a while I will see her in the corner of my eye. Expect the tap on my shoulder if she wanted to hug. Her head against my hair. Never on my lap, but always next to, or around me.I still have a hole in my heart. 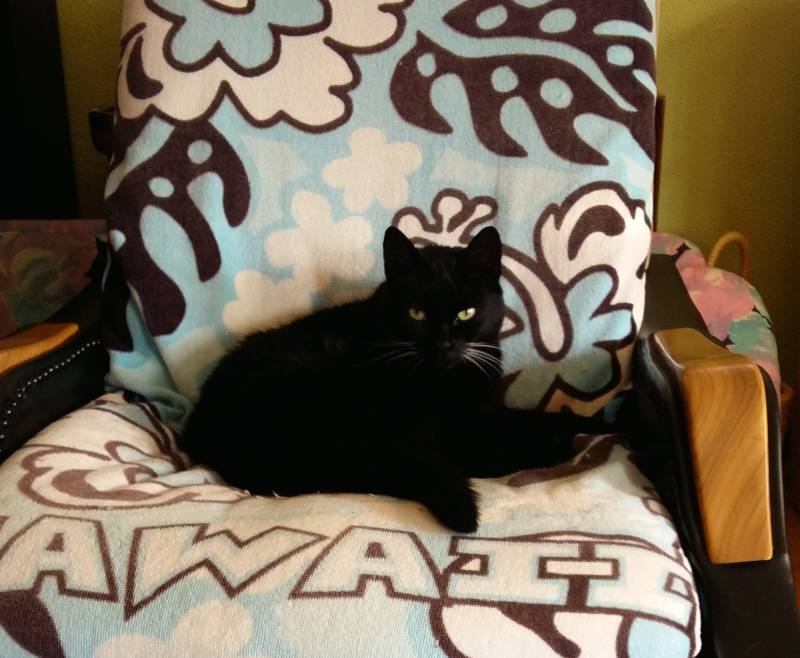