Rockabilly is pioneer of rock ’n roll and originated in the early 50’s. Rockabilly originated from a mix of music styles such as country, hillbilly and rythm & blues. One clearly has a country & western influence and the other has more rock n roll in his style. The bands consisted of minimal drums, guitar and double bass. The most important features of rockabilly are the fingerpicking guitar and the ‘sdouble slap&rdsquo on the double bass. Most rockabilly artists were white people who tried to integrate black music into their songs. According to Wiki, the term originated when it was first used in the media in a Billboard review of the Ruckus Tyler album Rock Town Rock in 1956. Furthermore, the story goes back prior to 1956. The brothers Dorsey and Johnny Burnette, both had a son named Billy and Rocky. By combining these two names, there was Rockybilly. Because this didn’t pronounced smoothly it changed into Rockabilly. 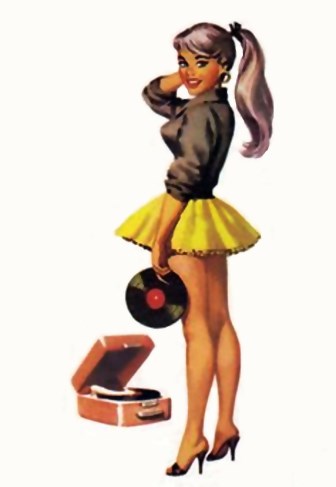